Do you believe it’s difficult to find an iOS Developer? It is, indeed! As a result, we’ve come to lend a hand. You’ll be well on your way to hiring a new team member if you use VIVAHR’s FREE iOS Developer Job Description Template. For your advancement, the outputs should be speedier and more efficient.

VIVAHR software is our plan for making the recruiting process easier and more convenient. Follow our advice for locating individuals and tailoring your qualifications to each position. With our software, you’ll be on your way to targeting the perfect candidate.

What is an iOS Developer?

An iOS developer creates, tests, and improves applications for Apple’s iOS operating system that are in line with their company’s or client’s goals and requirements. They must have a thorough grasp of iOS and how it interacts with various Apple devices such as the iPhone, iPad, Apple Watch, and Apple TV. iOS developers should also know how to create apps that suit clients’ wishes.

We’re searching for an experienced iOS Developer to help us design, build, and maintain the next generation of iOS apps. Your main focus will be on creating high-end iOS apps for Apple’s newest mobile devices. Collaboration with the design team for new application features, finding and correcting application bottlenecks, maintaining the core code, and updating apps on the App Store are some of your responsibilities.

You need to have a solid working understanding of iOS Frameworks, be skilled in Objective-C, and be able to work as part of a team to be successful as an iOS developer. Finally, an exceptional iOS developer should be able to produce practical, appealing apps that exactly fulfill the user’s expectations. 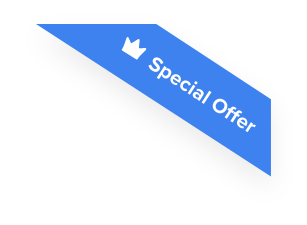 Once you’ve gathered all of the applications that have been submitted, you may utilize these sample interview questions for the iOS Developer. They’re the best approach to get exactly what you want from your perfect prospect and will lead you to your destination.

What are the Educational Requirements For an iOS Developer?

How Much To Pay an iOS Developer When Hiring

Is there a demand for iOS developers?

Yes. The number of platforms on which applications may be utilized is expanding, thanks to Apple’s expansion and new products like the Apple Watch and Apple TV. In the United States, this job market is predicted to increase at a rate of 20% each year.

What is the average number of hours iOS developers work each week?

Most iOS developers work 40 hours or more each week. Many firms, on the other hand, provide remote working options, allowing developers to work from home at convenient times. If a deadline is approaching, such as an app release, developers may be asked to work longer hours. Working hours of 60 hours or more per week may be necessary at certain periods.

Is it possible to work as an iOS Developer from home?

Depending on their current job assignments and business policies, iOS developers may be able to work from home on occasion. As a result of Covid-19, several firms have embraced remote working practices. As a consequence, working from home as an iOS developer is potentially possible right now. Businesses may elect to retain their work-from-home policies in place as a result of the outbreak to provide their employees greater flexibility.

What are the locations where iOS developers work?

The majority of iOS developers’ work takes place in offices. This job necessitates a lot of collaboration. Many people work in Silicon Valley, but there are jobs available all throughout the United States and even the world. Many freelance iOS developers opt to work as consultants since they may work from anywhere with an internet connection. This gives them a lot of freedom in terms of where and when they work.

What personality traits do you need to be an iOS developer?

iOS developers have a tendency to think in logical and systematic ways. Developers must be rigorous and exact in what they want their program to do. App development is difficult, thus someone who can stay focused, complete tasks, and achieve their goals would be a good fit for this professional path. Being inventive is also necessary since many applications rely on fresh thinking to succeed.

Stay up to date

Sign up for VIVAHR's weekly email for hiring essentials.